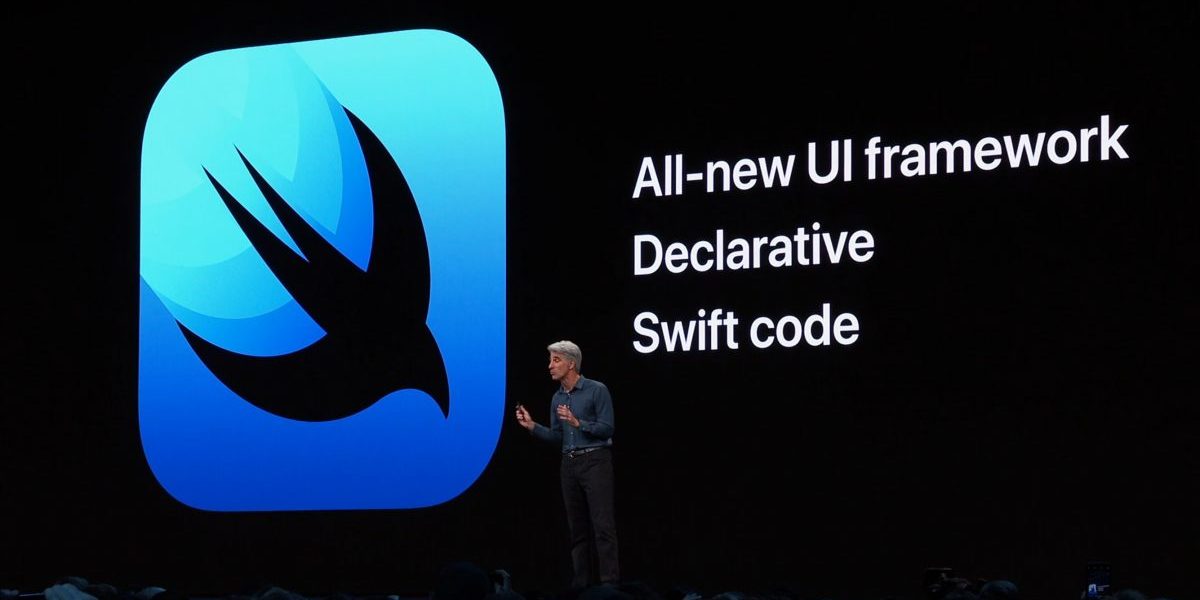 HomeKit, macOS, and tvOS weren’t the only platforms Apple addressed at its 2019 Global Developer Conference in San Jose. Today it announced SwiftUI, a framework that complements its open source compiled programming language for iOS, macOS, watchOS, tvOS, Linux, and other platforms, as well as a redesigned development experience in Xcode 11.

SwiftUI allows developers to specify the user interface with simple declarations. In practice, it reduces hundreds of lines of code to just a few, and provides default support for common features such as localization for right-to-left languages. This is in addition to the built-in support for animated transitions, live previews and dark mode and accessibility tools newly announced in iOS.

Apple claims that it is fully integrated with the aforementioned Xcode development experience and native frameworks for Apple Watch, tvOS, and macOS apps. In the new Xcode, library views live in a left drawer from which they can be dragged and dropped onto the app’s design canvas; as they are added, the code fills the editor on the left. Meanwhile, views can be adjusted with custom inspectors or the code converted to a scalable list, and previews can run directly on connected Apple devices including iPhone, iPad, iPod touch, Apple Watch, and Apple TV.

â€œSwiftUI is available on all of our platforms and provides bindings to all native controls so you can customize your experiences specifically for each, while using a common API,â€ said senior vice president of software engineering Craig Federighi on stage.

Swift, introduced by Apple in 2014 and open source in 2015, uses the Objective-C runtime library and works in Xcode and its Cocoa and Coca Touch frameworks. It is positioned as the â€œsuccessorâ€ of C and Objective-C, the dominant languages â€‹â€‹used to write software for OS X and iOS; Apple previously described it as “a replacement for C-based languages â€‹â€‹(C, C ++, and Objective-C)”.

In 2016, Apple launched Swift Playgrounds, an iPad app featuring interactive puzzles, challenges, and lessons designed to teach novice programmers how to code. Last year it got a sharing feature that allows users to share their creations, support for bots like IBM’s TJBot, and augmented reality (AR) lessons and modules.

Over 450,000 applications have been written in Swift to date, up from 350,000 at the same time a year ago. Last year, CEO Tim Cook called it “the fastest growing programming language.”

Swift 5, which was made generally available earlier this year, is source-compatible with Swift 4, Swift 4., 1, and Swift 4.2, and Xcode 10.2 has a code migration program that can automatically handle some of the source changes needed. The official binaries for Ubuntu 18.04, Ubuntu 16.04, and Ubuntu 14.04 are available for download, along with a toolchain, and Apple has posted an updated version of the Swift Programming Language guide on Swift.org.

The latest version of Swift Playground, Apple’s iPad coding tool for students, launched in beta in March: Swift Playgrounds 3.0. It adds a new source editor tab and allows Playground Books to contain “directories of Swift code and resources that can be imported for use by any page in this book.”

Apple has intermittently updated Swift Playgrounds since its first release in June 2016, adding language support, the ability to control accessories, and an ARKit augmented reality projector.