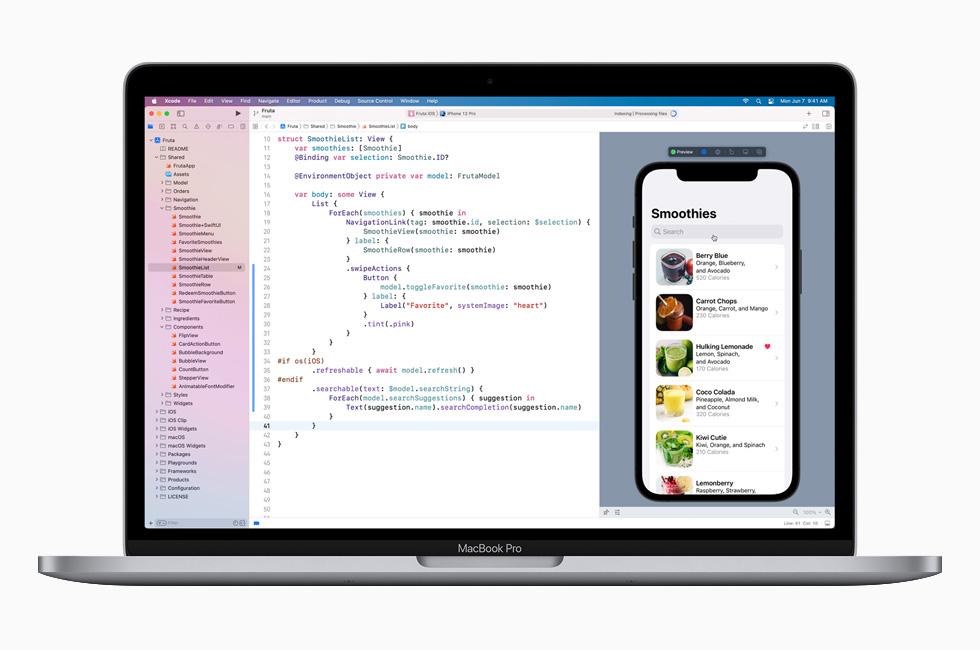 “We’re excited to provide our developer community with powerful new tools and technologies to help build even more engaging, higher-quality apps, while engaging with their users in whole new ways through the App Store,” said Susan Prescott, Vice President of Apple. global relationships with developers. “With the robust toolset included in Xcode Cloud, continued innovation in the Swift programming language, a wide range of new APIs, and even more ways to reach users, Apple’s platforms n have never been stronger.”

According to the company, Swift took a big step forward with the announcement of concurrency support, allowing developers to write fast, modern, and secure code. SwiftUI has also been redesigned to make it easier to build high-quality apps with less code.

Other AR advancements include the launch of Live Text, which can automatically identify text in images so users can save it as a note or use it in an online search. Additionally, the company has enhanced its machine learning capabilities to be able to identify text, locations, and objects that are on a screen, and then allow users to search for those items through Spotlight.

Apple also announced Xcode Cloud at WWDC 2021, which aims to simplify developer workflow by integrating cloud and developer tools together. When a developer commits a code change, Xcode Cloud automatically builds the app. Because the app is cloud-integrated, the device is free for other tasks and other team members see if a change introduces errors.

Xcode Cloud runs automated tests in parallel, simulating how they work on every Apple device and platform, and test results are displayed in Xcode. Once it passes all tests, it can be distributed to all team testers and even beta testers with Test Flight, according to Apple.

With today’s App Store updates, developers will be able to manage multiple product pages to test which graphics and text work best for winning customers.

Apple also announced iOS 15, iPad OS 15, WatchOS 8 and macOS Monterey, designed with greater connectivity between devices. For example, iOS devices can now share their screen with a Mac computer via AirPlay, and a cursor used on one device can seamlessly switch to another device.

As for security, Apple has introduced tracker blockers in its Mail and Safari app to hide user IP addresses and location. Users will also now be able to see exactly how each of their apps has been using their information over the past week, and see exactly which third-party apps each app is sharing that information with.

Audio will also now be processed on the device using Siri to improve privacy and speed it up, as the data no longer needs to go to the cloud.

The OS releases are available today in developer beta, and each will have a public beta next month. All of the new software will be available to all users this fall, according to Apple CEO Tim Cook.

More details on the first day of WWDC 2021 are available here.