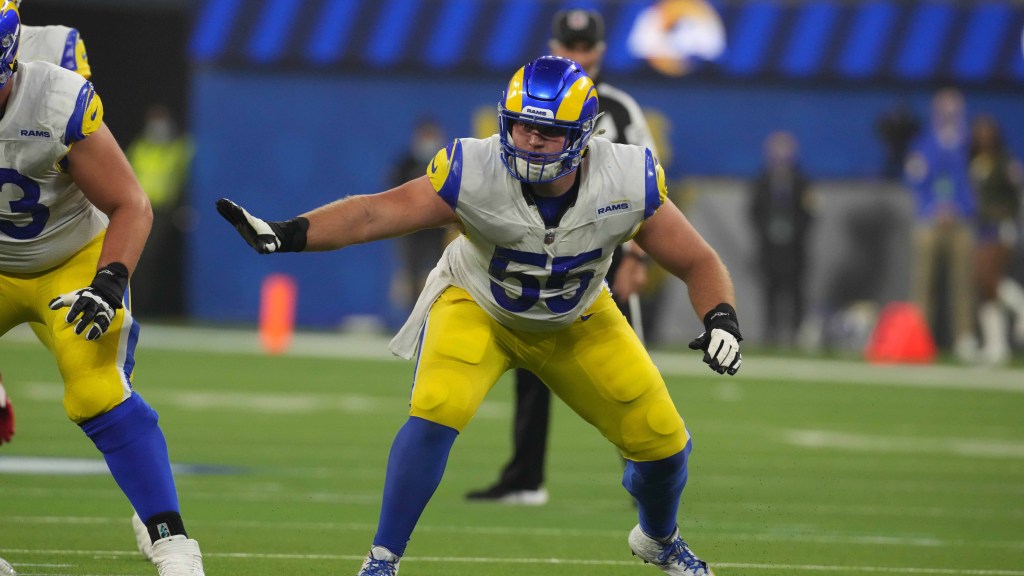 The Chicago Bears have a number of positional needs heading into the offseason, and the offensive line is high on the list.

New general manager Ryan Poles has focused on the offensive line this offseason, which means finding stability at tackle and inside. Sam Mustipher isn’t the answer at center, which means the Bears need to find one. And there are several candidates in free agency.

ESPN’s Jeremy Fowler and Matt Bowen took a deep dive into the best fits for the top 50 pending free agents on the market. Among those is Rams center Brian Allen, who is considered one of the best centers in free agency. Oh, and he’s also from the Chicagoland area.

Why it makes sense: O-line, O-line, O-line. The Bears’ new general manager, Ryan Poles, was an offensive lineman at Boston College and has just helped the Chiefs rebuild their offensive line as part of the Kansas City front office. The 49ers could also be a sleeper here. Alex Mack is a candidate for retirement, and both the 49ers and Rams offenses use similar running play/action play principles. —Fowler

Schema adjustment: Allen is a smart positional blocker who can pull out combos and reach linebacker level. It matches what I expect to be a zone-heavy running game approach in Luke Getsy’s new offensive system. —Bowen

According to Spotrac, Allen is expected to cost $5.6 million a year, which is among the most affordable in his position. But the Bears will have to decide whether their answer at center is currently on the roster — whether it’s moving Cody Whitehair to center — or whether they’d rather target center this offseason.

Important dates for Bears fans to know for the 2022 offseason