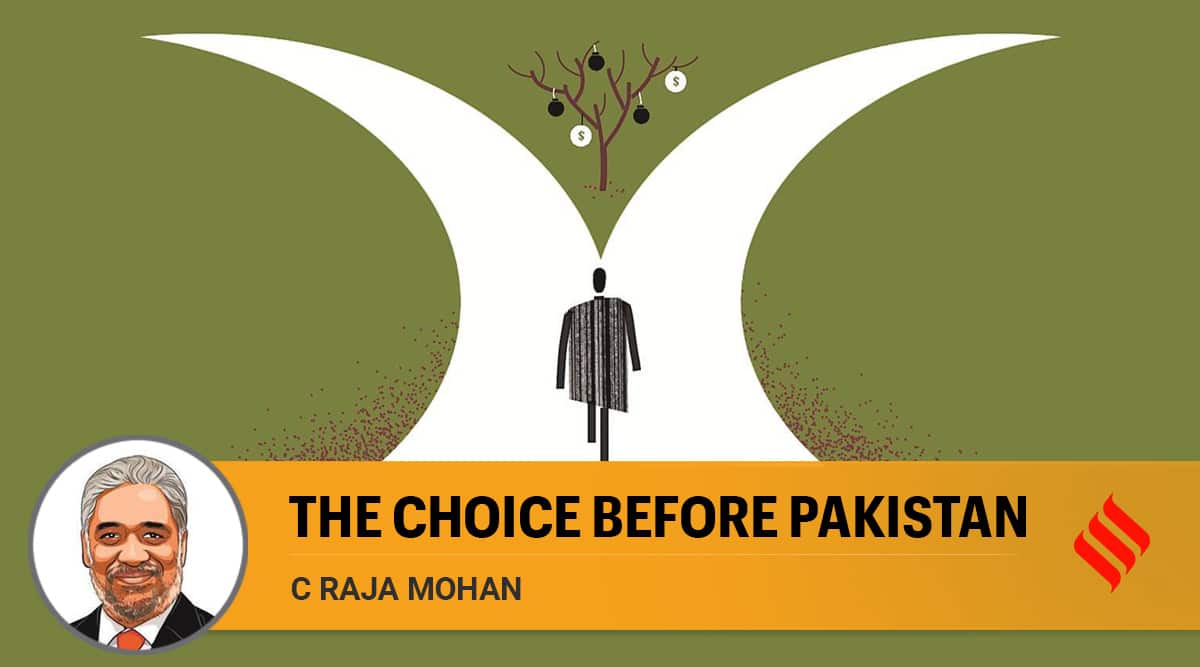 One of the most dangerous times for a regime is when it wants to change course. When there is a significant change in internal or external circumstances, change becomes an urgent necessity. But in seeking major change, the sovereign is taking considerable political risks. But not changing carries even greater risks. This is the kind of moment the Pakistani state finds itself in today.

The prevailing sentiment in the Indian strategic community is that Pakistan can never change. But we know that the only constant in the world is change. You could discuss when this change might happen, but not if it might. A small minority in India believe that Delhi should play an active role in facilitating change in Pakistan by being generous on bilateral disputes. But skeptics would say that India has no agency to shape political outcomes across the western border and that the impetus for change must come from within Pakistan. Since India’s stakes in a stable Pakistan are higher than anyone else in the world, Delhi must pay close attention to the internal debates in Islamabad over the imperatives of a major change in leadership. National of Pakistan.

The National Security Policy Statement issued last week by the Government of Pakistan recognizes the need for change. But as critics in Pakistan insist, that offers no clues as to how to go about it. The classified version likely has a clear strategy on how to accelerate economic growth, strengthen national cohesion and revitalize its foreign and security policies. But it is not visible in the public version.

The crises facing Pakistan today are quite similar to those faced by Delhi at the turn of the 1990s. India’s old economic model after independence has collapsed; the era of massive national political mandates has given way to weak coalition governments; the heart of the country was caught up in deep social conflicts involving caste (mandal) and religion (kamandal); The periphery of India was on fire from Kashmir to Tamil Nadu and from Punjab to the northeast.

The Soviet Union, India’s best friend during the Cold War, disappeared from the map and the Russian successor was more interested in integrating with the West. India found its political ties with all the other major powers – the United States, Europe, China and Japan – to be underdeveloped by the end of the Cold War. On the development front, there was relentless external pressure for radical internal change.

As India struggled to deal with multiple threats to its territorial integrity, the world wanted to see greater human rights accountability. Pakistan, meanwhile, was waging proxy wars in India even as it mobilized international pressure against Delhi over Kashmir. All major powers agree on the dangers of nuclear proliferation and want India to cancel its nuclear weapons program.

Within a decade, however, India was on a different trajectory. Its reformed economy was on the path to strong growth. India was hailed as an emerging power that would eventually become the world’s third largest economy and a military power to be reckoned with. He freed himself from the international itch for Kashmir mediation; it did not pacify all the insurgencies, but controlled most of them better. Delhi has also reached an agreement with Washington to be part of the global nuclear order on reasonable terms.

This involved a series of structural economic reforms, the overhaul of foreign policy and the development of a new culture of power sharing within coalitions and between the Center and the states. It was above all a question of getting rid of many of the ideological certainties which seemed so essential to the existence of India.

India is not the only country on the subcontinent that has transformed. Bangladesh’s economic transformation has been equally impressive. As the 1990s dawned, Delhi decided to focus on economic transformation and manage the multiple challenges it faced. Bangladesh has done much the same since Sheikh Hasina returned to power in 2009. It then focused on economic development, stopped supporting terrorism and improved its ties with the larger of its two neighbours, India. But Pakistan has chosen a different path. He ended the Cold War on a positive note. After ousting the Soviet superpower from Afghanistan in the late 1980s, Pakistan was ready to apply the model of cross-border terrorism to shake off India’s Kashmir and turn Afghanistan into a protectorate. Supporting jihadist groups was seen as a low-cost strategy to achieve Pakistan’s long-standing strategic goals in the neighborhood.

These great geopolitical obsessions left little room for Pakistan’s much-needed economic modernization. As a result, its economy in 2021 (GDP at $280 billion) is far behind that of Bangladesh ($350 billion). Islamabad, which has relentlessly pursued parity with Delhi, now finds that India’s $3.1 trillion economy is more than 10 times larger than Pakistan’s.

In the past, Pakistan has been very successful in pursuing a foreign policy that not only balanced India with Western support, but also carved out an important role for itself in the Middle East and more. widely in the Muslim world. Today, Pakistan is upset that it has not received a call from US President Joe Biden since his election in November 2020.

With the exception of the UK, Pakistan’s shares in the West have steadily declined. Although its ongoing ties with China have grown stronger, the unfolding conflict between Washington and Beijing has placed Pakistan in an uncomfortable strategic position. Meanwhile, it has squandered its traditionally strong Middle East ties with Saudi Arabia and the United Arab Emirates.

Pakistan’s support for violent religious extremism has also started to backfire. Militant groups once seen as valuable instruments for Pakistan have now turned against the state. A permissive environment for terrorism has now drawn severe financial sanctions from the international system.

Pakistan had the opportunity to change course in 2001, when the United States intervened in Afghanistan after the September 11 attacks on New York and Washington. But he instead focused on protecting the Taliban and their anti-Indian assets. Pakistan’s triumph in bringing back the Taliban has cost its relations with the United States dearly. It is one thing to defeat the world’s sole superpower, but quite another to endure its wrath. Meanwhile, the Taliban are signaling that they are not a passive proxy in the hands of Pakistan.

Continued Pakistani terror provocations have seen India alter the terms of its engagement with Islamabad in recent years. Delhi, which was willing to make concessions over Kashmir in the 1990s and 2000s, has taken Kashmir off the table and is ready to use military force in response to major terrorist attacks. Delhi’s attitude towards Islamabad now oscillates between recklessness and aggression. Unlike in the past, the West is no longer pressuring India to accept Pakistan in Kashmir. The United States looks forward to India’s support to balance China in the Indo-Pacific.

All these changes have forced Pakistan to rethink its policies. But any attempt at change will inevitably divide the establishment and produce new contradictions. It is by no means clear whether the Pakistani military is capable of navigating them. As its crises take on greater intensity, change is inevitable in Pakistan. There is no guarantee that the change will be final and for good. But if so, Delhi should be ready to respond positively.

This column first appeared in the January 18, 2022 print edition under the title “The Choice Before Pakistan”. The author is Visiting Research Professor at the Institute of South Asian Studies, National University of Singapore and International Affairs Editor for The Indian Express.