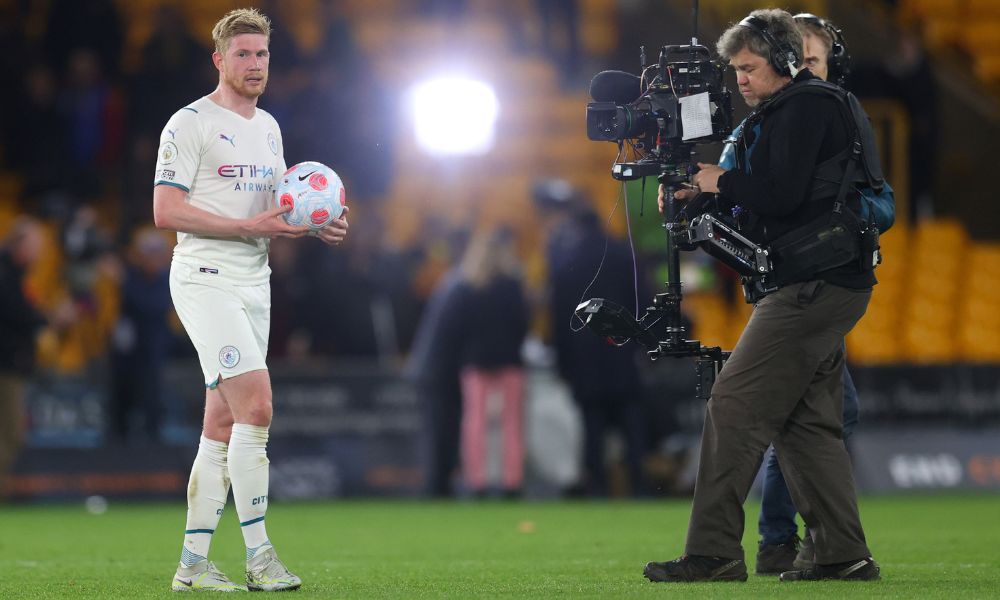 The sports industry knows that the old adage that there are only two certainties in life is inadequate in scope. If death and taxes are inevitable, so is the semi-regular suggestion that the Premier League should bypass traditional broadcasters and go direct-to-consumer (DTC) with its own global streaming service.

This time it’s Apple’s deal with Major League Soccer (MLS) that has sparked new calls from some commentators to create a “Netflix of Soccer”.

The argument is that the league’s international appeal and fanbase mean it could eventually go it alone. By cutting out the middleman and targeting a global audience, a competitive price of £9.99 UK would be good news for consumers, attract tens of millions of subscribers and ultimately generate more revenue for all 20 Premier League clubs. .

But just as ESPN is waiting as long as possible for the economy to make sense to ditch legacy distribution and jump into streaming, the Premier League has shown little appetite to change what is a successful and tried business model.

And, once again, in the fancy economics of “Premflix,” proponents ignore the production, marketing, and customer retention costs associated with it. It’s a lot of effort and risk to take – especially now that big tech finally seems interested in premium sports rights after so many false dawns.

The need to connect consumers to digital ecosystems could be a huge boost for many sports properties, not just the Premier League, which already has Amazon among its national broadcasters. If we can indulge in another adage – if it ain’t broke, don’t fix it.

However, it looks like we’re closer to a Premflix than ever – albeit on a much more limited scale than the concept cheerleaders have described.

Premier League chief Richard Masters has confirmed that some of the league’s international deals will allow him to switch to DTC if he chooses, potentially providing a pathway for him to experiment with alternative distribution models.

And what about the full MLS and selling its rights globally to a streamer? Masters declined to rule anything out, but said it would take until at least 2028 given the most recent rights deals.

Like LaLiga in Spain and the Bundesliga in Germany, the Premier League has long been content to use DTC as a bargaining chip to extract more revenue from its broadcast partners. It came close to launching a streaming service in Singapore in 2019 before opting for a conventional approach to the market.

With this in mind, the Masters’ comments should be taken with a grain of salt. But while Apple, Amazon and others have always had the capital and scale to make such a service possible, recent changes suggest they may now have the motivation to make it happen.

This newsletter rarely ventures into audio territory, but I’m a sucker for radio nostalgia. As a teenager, Sportsworld on the BBC World Service was part of my afternoons and in the winter I would sometimes try to see if the cloak of night would allow BBC Radio Four’s long wave frequencies to reach Switzerland so I could listen Test Match Special coverage of Ashes cricket on my clock radio.

Many people have similar memories of Sports Report, ubiquitous on British radio since 1948, and its iconic theme. Airing every Saturday at 5 p.m., the program has long been home to classified results – a very formal reading of the final scores of England’s and Scotland’s major football leagues.

But times change and technology evolves. Just as most people don’t learn football results from the evening paper or by looking at Ceefax in store windows while shopping, the advent of the smartphone means that most people use the internet to keep up to date. current scores on Saturday afternoon.

The BBC, having won the rights to live radio coverage of Saturday night’s Premier League game at 5.30pm, decided it could no longer give classified results the five minutes required by classified results, instead focusing on interviews post-game and pre-game coverage. Sports Report still has league scores, but they’re read much more informally by presenter Mark Chapman throughout the program.

The move was quiet and unfussy, until it inadvertently became part of football’s latest culture war. The start of the week was marked by newspaper articles drawing a flood of criticism from those who lamented the demise of a treasured football tradition – even though they may not have known it had happened .

The BBC draws criticism regardless of what it does and it’s safe to assume that at least some of the outrage has come from people who don’t listen to Sports Report or rely on the classified results as a genuine information service – encouraged by hostile newspapers. But there was legitimate concern on the part of many listeners, such as the visually impaired, those who listen to the program while driving and those who have not yet adapted to the smartphone era.

The company, having clearly balanced the values ​​of tradition, universality and modernity, clearly felt the need to prioritize post-match audio interviews and live sport. It has made similar calls before, dropping the Grandstand brand in 2007 because the previous format of switching between partial coverage of different sports was no longer sufficient for modern audiences.

But that decision was made in a more forgiving pre-social media era in which not everything had to be turned into a divisive issue.

Broadcasting will never move forward if it is a slave to nostalgia and the BBC’s decision is understandable. But until mobile coverage and smartphone adoption are universal, perhaps the value of classified results has been overlooked as a true public service and a crumb of solace to those who believe the modern world of football leave them behind.

Their reinstatement would also be an easy public relations victory – a victory that business rival Talksport is eager to capitalize on on social media and in advertisements in the newspapers of The Times (which is also owned by News UK). But then again, he doesn’t have to worry about having five minutes to spare when he’s not allowed a live game.

Personally, I am indifferent. I’m unlikely to sacrifice the convenience and sound quality of BBC or DAB radio sounds, but I do miss the muffled, inconsistent sound of AM radio.

Microsoft Excel on ESPN and The Ocho

Fans of life imitating art will be familiar with ESPN 8: The Ocho. The parody TV channel was first introduced in the 2004 comedy film Dodgeball: A True Underdog Story, the self-proclaimed home of “rarely seen sports”, and was a loving dig into some of the more obscure disciplines that were increasingly finding their way onto sports television at the time.

In 2017, ESPN adopted the meme and now airs an annual 24-hour sports marathon featuring some of the weirdest sporting competitions in the world.

But in the age of OTT, it can sometimes be difficult to tell what’s on The Ocho and what’s not. Streaming platforms may not have to fill linear schedules with sports action, but they are keen to ensure there is plenty of choice for viewers. ESPN itself shows Nathan’s famous 4th of July hot dog eating contest (a beloved Independence Day tradition) and this weekend provided Excel World Championships coverage – an esport based on Microsoft’s spreadsheet.

While participants in all events are clearly talented and take competition very seriously, The Ocho’s fictional slogan, “if it’s almost a sport, we’ve got it here”, has never been more accurate.