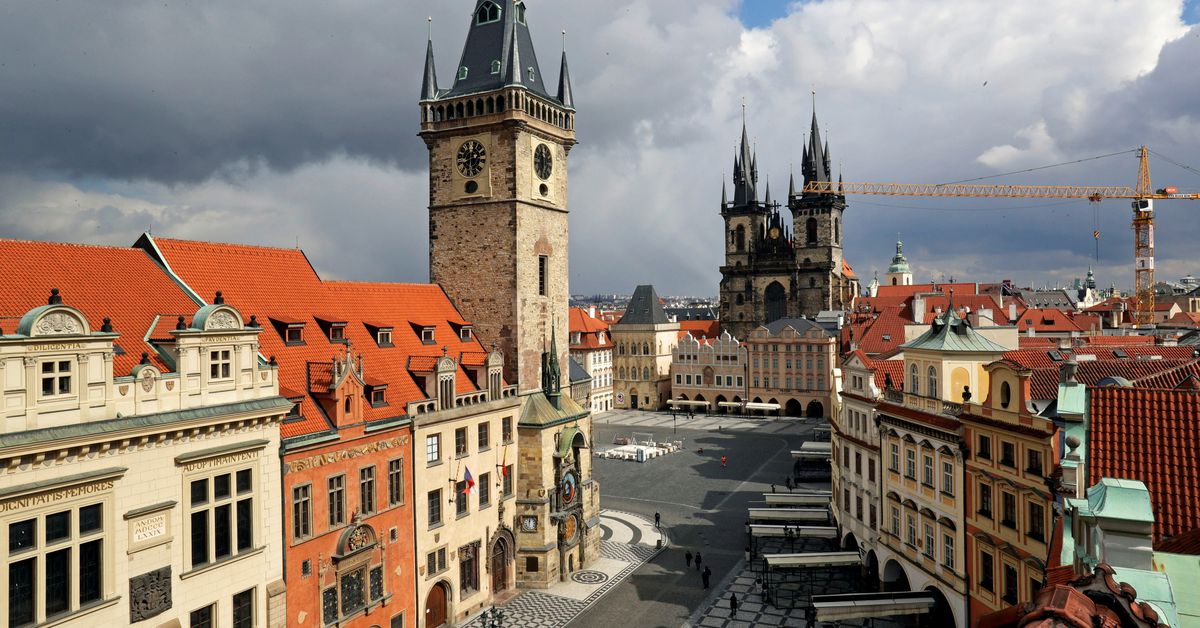 A clock showing the time at noon is pictured on a building, next to almost empty streets in Old Town Square during the coronavirus disease (COVID-19) outbreak, in Prague, Czech Republic, on 31 March 2020. REUTERS/David W Cerny

PRAGUE, June 9 (Reuters) – Czech central bank board member Vojtech Benda will await a recommendation from bank staff and a debate at the June 22 board meeting before deciding whether to interest rates have to go up or not, he said in a newspaper interview on Thursday.

“I will wait for the analysis of the monetary department, its recommendation and what emerges from the debate. I would not want to lock myself into an opinion,” Benda told the daily Denik N, according to a copy of the interview made available available to Reuters.

The June 22 meeting will be the last for Benda, Governor Jiri Rusnok and Deputy Governor Tomas Nidetzky whose terms expire at the end of the month. The three have backed the bank’s monetary tightening campaign over the past year, unlike new Governor Ales Michl.

The interview was conducted ahead of the announcement of three new board members on Wednesday, which confirmed that Benda would not be reappointed for another 6-year term. Read more

Governor Jiri Rusnok said in a media interview published on Monday that he expected the main interest rate to rise another 75 basis points or more from the current 5.75% at the meeting. of June 22. Read more

Benda said an interest rate differential with the eurozone was important to support the currency’s exchange rate, which was an important factor for import prices.

He said he would like to see a firmer exchange rate that would be consistent with the current interest rate setting to ensure inflation returns to the bank’s 2% target. Inflation stood at 14.2% in April and is expected to exceed 15% in May.