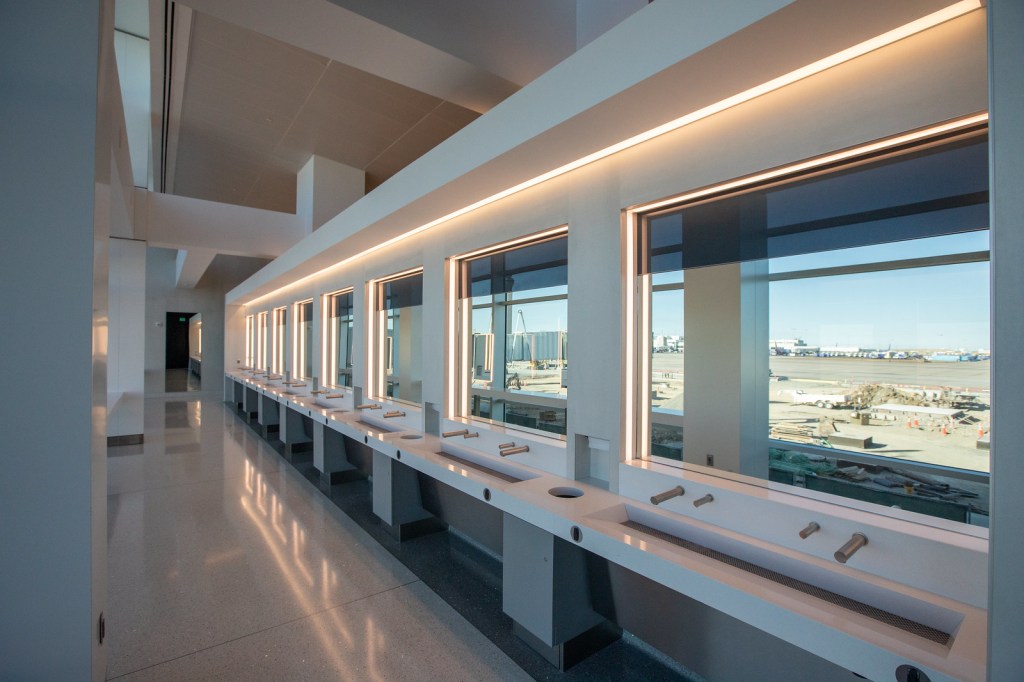 An airline pilot with a large TikTok following draws people’s attention to a newly renovated restroom at Denver International Airport with windows that visitors may believe are one-way — but aren’t.

TikTok user almost captain morgan, who identifies as co-pilot/pilot of the Boeing 737, this week shared a video with her half-million followers in which she discusses the new lavatory from the cockpit of an airplane outside an airport terminal.

“This video is a friendly public service announcement for anyone passing through Denver Airport,” she said. “If you, like me, thought that the windows in newly remodeled bathrooms were one-way, where you could see out but planes couldn’t see in, you’d be wrong.”

The video then pans to the terminal, where it appears people are visible standing in front of sinks in the restrooms.

“No, people can’t see you using the bathroom from the tarmac,” Crane said. “People are only visible from the sinks, when they wash their hands. The stalls themselves are completely private.

Crane added that there was film covering the lower half of the windows which she said prevents people from outside from seeing inside.

“These bathrooms were designed to provide more natural light and make it easier for people to see, especially those doing their hair or makeup,” she said.

The airport’s new bathrooms have received little criticism so far, said Crane, who had seen the TikTok video.

“The idea behind the bathrooms was literally just to add more light, to make the place feel more open. Our current bathrooms are quite dark, but now when people are washing their hands you can see the airfield,” Crane said. “It gives people a cool view.”

From other videos, it appears the TikTok pilot works for Southwest Airlines. Representatives for the airline did not respond to questions from the Denver Post.