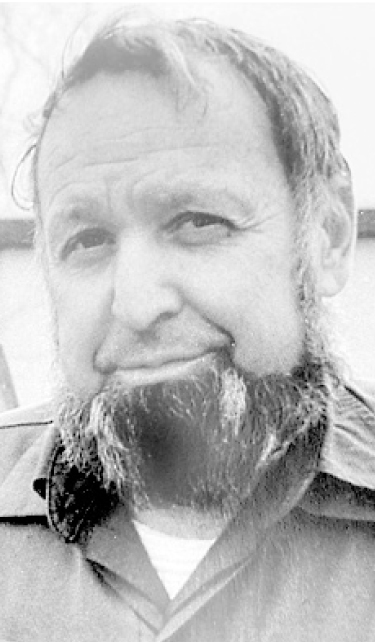 Donald Carlisle Chandler Jr. died on the night of June 15, 2022 in the care of Bay Square Memory Care in Yarmouth with a terminal stage of Parkin-
son’s illness.

Son of Donald and Mary (Sweetser) Chandler of New Gloucester, Donnie was born March 13, 1936 in Portland Maine. He drove his first tractor in
the age of 12, when the tractors were delivered by rail. He graduated from New Gloucester High School in 1954 and joined The Oliver Stores in New Gloucester,
a branch opened by his father; he worked for The Oliver Stores for a total of eight years, including briefly at Farmington and finally at the North Fryeburg store.

Around 1962, Donnie opened the Lovell Village Garage (at the intersection of Routes 5 and 93), originally an auto repair shop and gas station, which became a central community gathering point for guys from the city to engage in storytelling, share and get the news and exchange opinions. Over time, Donnie moved on to working more and more on farm equipment, his true professional love. He has made many “field calls”, near and far, to help farmers with broken hay scoops and other equipment, and over the years he has become unique in his knowledge and skills. working on much of this equipment.

Donnie married Judie Sylvester (now DeMayo) in 1964, and in 1967 their daughter Susan (“Sue”) was born. After their marriage ended, Donnie met and in 1980 married Lynne (Gardner) Botty, and Donnie and Sue moved from Swain Road in Lovell to Corn Shop Road in Fryeburg.

Donnie was a longtime member of the Maine Antique Tractor Club and also ran the Tractor Show on Tuesdays at the Fryeburg Fair for many years. He participated in and won many blue ribbons at tractor shows at Fryeburg, Cumberland and other fairs. Not one for many vacations, Donnie and Lynne enjoyed traveling to farm equipment auctions and shows for professional and personal enjoyment, and made many friends along the way.

Although most people retire in their 60s, Donnie didn’t feel the need to. He closed the garage around 2010 and moved the business to the garage of his house where he continued his work until the spring of 2021. His work was his hobby, and although he reduced a few hours a week over the decades, Donnie has donned his work uniform. and went to the garage every day, five or six days a week, to tinker with this or that.

A classic Maine son, he was a man of few words and known for his kindness, patience, fairness and very dry sense of humor.

Donnie is survived by Lynne Chandler of Fryeburg, Sue Chandler of Westwood, Mass., her sister Mary Alice (Chandler) Clark and her husband Jim of New Gloucester, and their children Chandler, Beth, Jenn and Alicia.

Memorial donations may be made to Owl’s Head Transportation Museum (www.owlshead.org), DOVE (Domestic Violence Ended) (www.dovema.org) in Quincy, Mass., Maine Parkinson’s Society (https://maineparkinsonsociety.org/ ) , or the philanthropy of your choice.

A private burial was held at Lower (New) Gloucester Cemetery on June 20.

A memorial celebration of Donnie’s life will be held on Sunday, July 10 at 2 p.m. at the Old Saco Inn & Bistro (125 Old Saco Lane, www.oldsacoinn.com) in Fryeburg. Friends are invited to attend and encouraged to wear Oliver or vintage tractor t-shirts; John Deere will be frowned upon.