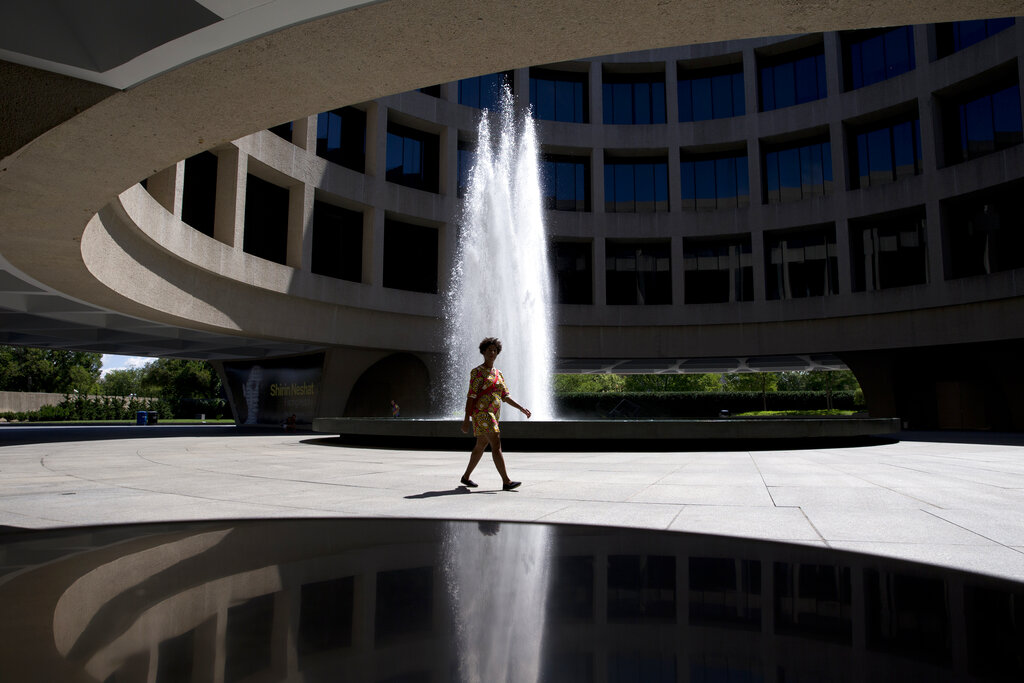 To get Morning Links delivered to your inbox every weekday, sign up for our Breakfast with ARTnews newsletter.

THE WAR IN UKRAINE. A difficult break for the Russian billionaire and famous Fabergé egg collector Viktor Vekselberg: His 90 million dollar yacht, Tangowas seized by US officials in Spain as part of sanctions targeting Russian oligarchs, Bloomberg reports. The point of sale also offers the scoop loaned by Russian museums for a major exhibition of modern art at the Louis Vuitton Foundation in Paris “are on the right track to return to their places of origin”, after the end of the show on Sunday. One piece, one Piotr Konchalovsky self-portrait, would belong to Petr Aven, who has been hit with EU sanctions, and no one is sure what will happen to him. During this time, the art diary examines how most, but not all, of the international partners of the Hermitage Museum cut ties with the treasure-rich institution of St. Petersburg.

COMINGS AND GOINGS. the Hirshhorn Museum and Sculpture Garden in Washington, DC, operated Evelyn C. Hankins to be its new chief curator. Hankins, who is the first woman to hold the position, has been curator of Hirshhorn since 2008 and takes the place of Stephane Aquinwho was chosen to lead Montreal Museum of Fine Arts. rhythm gallery added painter Huong Dodinh to his list, Alex Greenberg reports in ART news. Tate in London appointed Mark Miller as director of learning. And the John and Mable Ringling Museum of Art in Sarasota, Florida, selected John Evans to be its deputy director, sarasota magazine reports.

the Offices in Florence has become for the first time the most visited cultural site in Italy. With 1.7 million visitors in 2021, it outstripped the Coliseum in Rome by about 90,000 people. The win comes after a series of headline-grabbing efforts from its manager, Eike Schmidtlike adding a piece of street art to its rich Renaissance collection. [The Guardian]

This week, dealer Inigo Philbrick will be sentenced for the electronic fraud he confessed to last year, and the artists Gilbert and George are among those who have written letters to the court asking for clemency. [Artnet News]

The art collector and advisor Philip Hewat-Jaboorwho was president of London masterpiece just for the past decade, passed away due to illness. He began his career in 1972 with Sotheby’swhere he helped develop client advisory services before installing his own shingle. [The Art Newspaper]

Sheikh Hamad Bin Abdullah al-Thaniwho runs the Qatar Investment and Project Development Holding Companylost a legal bid to sue Ancient Phoenix Art for selling him what he claims to be two fake antiques for $5.2 million. British courts have repeatedly denied him an extension of the statute of limitations to pursue the case. [The Art Newspaper]

Craft and design historian, curator and critic Glenn Adamson answered 21 questions for Brakedand reveals that he has a Merlin James painting hung above his couch. [Curbed]

ARTIST UPDATES. Cassi Namoda is in the To cut. Laurie Anderson was on 60 minutes. Laurie Kang is in the Los Angeles Times. And Barbara Kruger is also in the Los Angeles Timerevealing that although she is not on social media, she has been spending time on the anonymous message board 4chan. Speaking of politics, Kruger said, “You have to be performative so people hear what you have to say.”

ON THE TRAIL. For a new show, the Prado in Madrid collaborated with the Puig perfume company to create perfumes of 10 things in paint The sense of smell (1617–18) by Jan Brueghel the Elder and Peter Paul Rubensthe Guardian reports. These scents include fig tree, orange blossom, jasmine, daffodil and, wait for it!, civet. “The civet has a rather harsh and dirty smell, but that’s what you find in all [perfume] recipes of 1500 and 1600”, Gregorio Sola , senior perfumer at Puig, told the newspaper. “That’s because it was used as a fixative to make sure the scent lasts on the skin.” The things we do for art! [The Guardian]