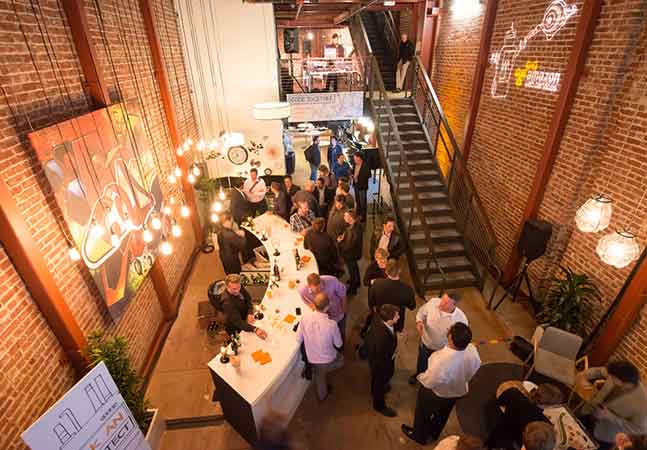 Microsoft kicked off this week’s Ignite 2021 technology event by announcing a slew of new development opportunities for Teams, its meeting/collaboration software.

On the development side, Teams was front and center with a host of announcements including a preview of the Teams JavaScript SDK, interoperability/integration with Azure Communication Services and many other offerings, an improved Teams toolkit and more, including the ability to build Teams apps with Blazor.

“Microsoft Teams enables customers to integrate their favorite apps into their workflow and gives developers the ability to create immersive experiences in their Teams apps,” Microsoft said in its Book of News. “The new updates to the Teams platform make it easier for users to streamline key workflows in Teams.”

A new thing to help with this is the preview of a new Teams JavaScript SDK, as well as a new manifest, a file that describes how a web application should be presented in the Teams UI, which then displays the application using an app package with this manifest file.

“With this new manifesto and SDK, you can make a few minor changes and your app will launch and work seamlessly on Teams, Outlook, and Office.com,” Microsoft said. “From an admin perspective, these apps can be launched from new convenient locations and are still managed through the Teams admin center with the same security and access policies applied.”

Together, the new SDK and manifest now give developers the ability to extend their Teams apps to personal tabs, so the same app and functionality can be viewed in three places at the same time: Teams, Outlook, and Office. com. Speaking of Outlook, it now supports message extensions that allow users to interact with web applications, such as searching and retrieving data and sharing it in card-like conversations.

Microsoft has also beefed up the Teams Toolkit, which it says is the fastest way to speed up building Teams apps with Microsoft 365 and Azure integrations. Available in Visual Studio Code Marketplace as a preview, the extension helps developers build, debug, and deploy Teams apps. The company announced a few things here.

“First, Teams Toolkit provides single-line authentication,” Microsoft said. “You can get a user’s profile with a single line statement that works on both client and server. It also only takes a single line statement to get an authenticated Microsoft Graph client, giving you access to the rich organizational data behind these APIs.While we’re talking single lines, the Teams toolkit allows you to deploy all components with a single command from the CLI, CD, or IDE.

“With a bit of a gear shift, with Azure Functions integration in the toolkit, you can write front-end and back-end code in the same project. And last but not least, you can build Microsoft Teams apps with Blazor! ” Developers can find more information about building a Teams app with Blazor in the aptly titled “Build Your First App Using Blazor”.

On the collaboration front, an update improves the third-party integrated apps experience, where partners and enterprises can build custom line-of-business apps that integrate with the Teams collaborative service. Microsoft announced new collaborative apps from partners, including Atlassian’s Jira Cloud and SAP Sales & Service Core, that allow customers to interact with these apps through chat, channels and meetings.

Other improvements include updates to Power Virtual Agents such as:

Microsoft also previewed Teams interoperability with Azure Communication Services, which is a set of SDKs and APIs that developers use to empower any application with communication capabilities. Interoperability in Teams helps coders streamline voice, video, and chat interactions between users of a custom app or website and Teams users. “It’s ideal for many business-to-consumer scenarios, such as healthcare professionals providing remote care, financial advisors helping consumers with a loan application, or support staff helping users install a new product,” Microsoft said. The first new feature will allow an Azure Communication Services user to join a scheduled Teams meeting, scheduled for next month.

Microsoft also plans to add functionality to the recently introduced On-Stage Sharing feature that allows content to be shared from the side panel app to the main Stage of a Teams meeting. This allows participants not only to see each other, but also to interact and co-write together. Later this month, the development team will deliver new APIs in the Teams client SDK to enable sharing of meeting stage-specific application content. “This allows developers to configure their meeting app so users can select specific content within the app to share – useful for scenarios where there may be multiple sets of content to choose from.”