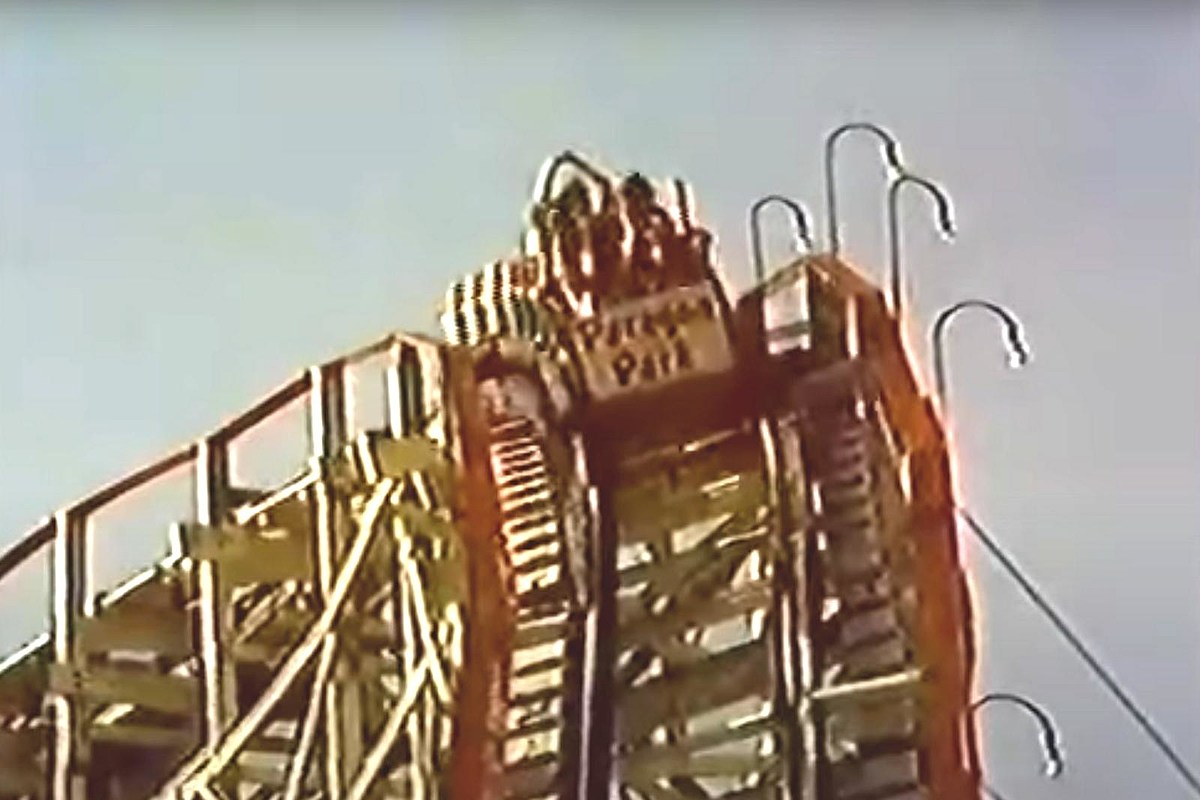 Here on the South Coast, many have fond memories of riding the Comet roller coaster at Lincoln Park in Dartmouth. Still, some may have taken a day trip away from the New Bedford and Fall River areas to visit another of New England’s great amusement parks – seaside gem Paragon Park on Nantasket Beach. in Hull, Massachusetts.

There they rode The Giant Coaster, a roller coaster legendary for being one of the toughest and most intense wooden roller coasters ever. It put Paragon Park on the map as a must-visit for anyone coming to New England, and was popular with locals, too.

Paragon Park opened in 1905 and lasted just under 80 years, closing in 1984. Today all that remains of the park is the carousel which was built in 1928, which is now housed in a pavilion a bit set back from where it once stood, but still allows children to ride its hand-carved horses nearly a century after they were created.

The Giant Coaster opened in Paragon Park in 1917; at 98 feet tall, it was the tallest roller coaster in the world at the time. It remained so until 1925, when it was topped two feet by Cyclone Revere Beach just down the road.

The coaster closed when Paragon Park closed in 1984. It remained at the site for a short time after closing, a towering ghost of the park’s past. Fun fact: A few fires over the years have changed The Giant Coaster’s track layout, but it was a fire at another St. Louis park that allowed the Paragon Park owner to buy a few cars from a coaster named The Comet, which is why some of the cars in The Giant Coaster had “Comet” on them.

While Lincoln Park’s Comet may have rotted away until it was finally removed, Paragon Park’s Giant Coaster lives in another park. It was moved from Nantasket Beach and opened as The Wild One at Six Flags America outside of Washington, D.C. in 1986. At the time, the park was called Wild World; hence its new name. According to a Washington Post article of that time, it was bought at auction for only $28,000.

This park has invested $1 million in renovating the roller coaster, and it has been revamped and redesigned several times over the decades.

Like Lincoln Park, the land on which Paragon Park was located is now the site of condominiums. Once, you were driving through Hull on George Washington Boulevard and watching the horizon for the soaring roller coaster in the distance; now it’s a monstrous building.

That magic of entering the Nantasket Beach area is gone, but at least the magic of The Giant Coaster – excuse me, The Wild One – lives on.

Amazing theme park rides based on movies that were never built

Stacker, set out to compile a definitive list of all the Disneyland attractions you can enjoy today, and categorized them by age. Use of real-time data from Tour plans, Disney archives, and historic press releases and reviews, our list begins with exciting recent additions to the park and works its way up to the oldest opening day classics. This listing focuses on the original Disneyland park, so you won’t see any rides from its neighbor California Adventure located just across the boardwalk. Read on to find out about the oldest Disneyland rides you can still ride today.

10 Disney Movies That Deserve Their Own Rides

Here are 10 Disney movies that we think would make great theme park rides, whether it’s a dark ride, an amusement ride or a roller coaster.