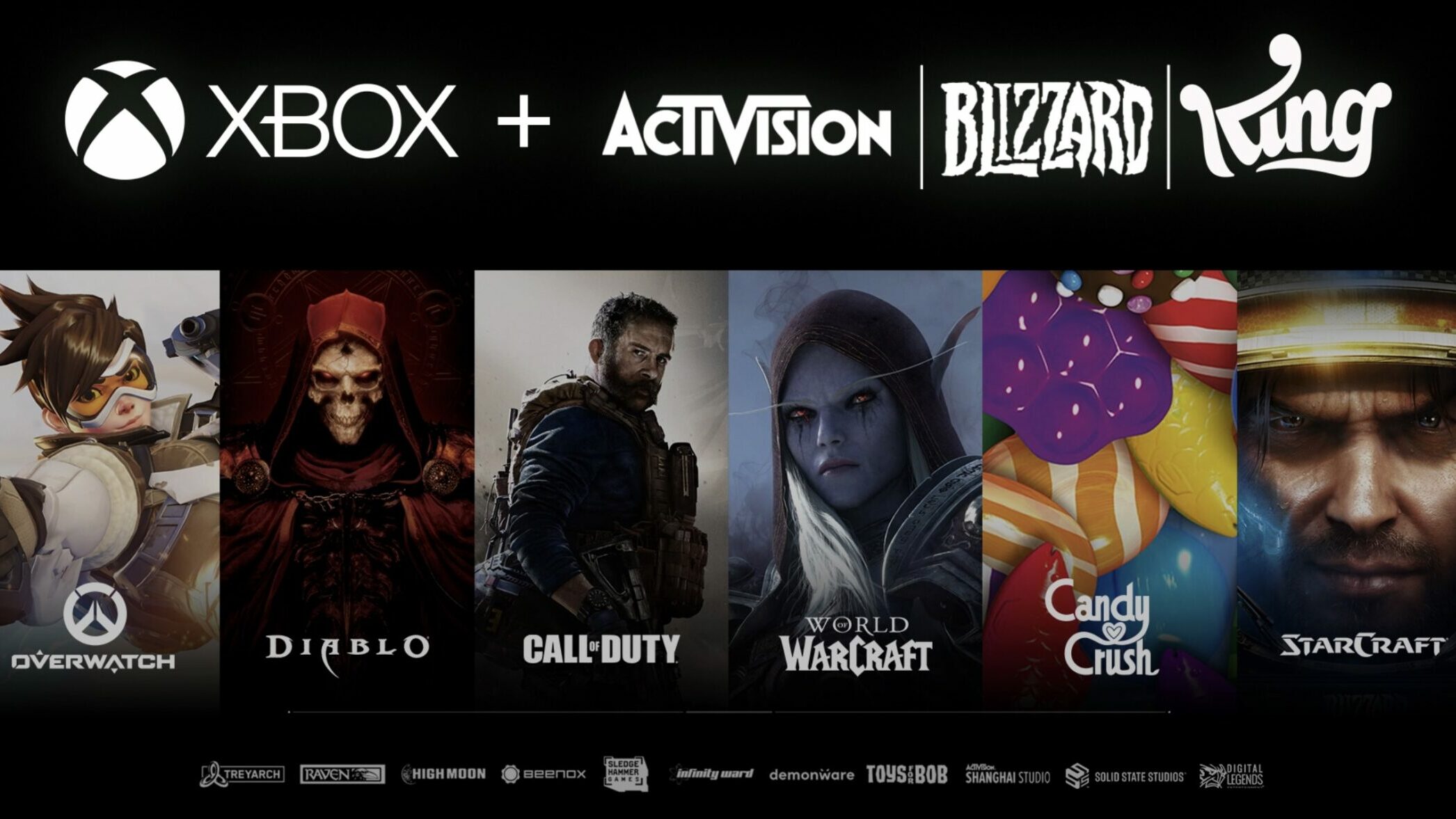 The gamification of the music industry has just begun.

The company just spent $69 billion (more than the market value of Universal Music) on a deal that gives it access to a community of more than 400 million active gamers (more than Twitter) and a huge catalog of titles games with the ability to expand connecting stories into film and television as well as real estate development in the metaverse (just like Warner Music Group).

Microsoft is already the publisher of the Minecraft universe – a dynamic market where creators have generated, according to the 2021 Minecraft Franchise Fact Sheet, over $350 million to date worldwide, with over a billion unique content uploaded.

The word music is not mentioned in the information sheet, as Microsoft is not the music publisher of the Minecraft soundtrack.

With Activision’s deal, Microsoft became a music publisher of soundtracks for the first time, including Hans Zimmer’s Call Of Duty scores. If the game is “the building blocks of the metaverse», the music is the cement.

Microsoft Chairman and CEO Satya Nadella’s commitment to “investing deeply in world-class content, community and cloud” could lead to the acquisition of a music-focused company. Concord could be.

Concord’s assets include an extensive catalog of evergreen and current music publishing and mastering rights, as well as movie rights to high-profile plays, the Kidz Boop brand and an original AV content development division. . That’s a lot of cement.

Some of Concord’s assets have strong communities and strong off-chain brands associated with celebrities and influencers like The Sound Of Music and Phantom Of The Opera to name a few.

The next step would be to put them on the blockchain, create an NFT exit roadmap and an open DAO (Decentralized Autonomous Organization) to create value in the Web3 world. Welcome to On The Block 3.0: That means putting assets For Sale, not For Sale.

Activision could build Oz into the metaverse and create a P2E (play to win) game that would take players down the yellow brick road, collecting NFTs to access a Kidz Boop performance of The Wizard of Oz. Concord’s assets could be used to revive Rock Band and Guitar Hero titles. Meanwhile, the Concord Original team could develop premium AV content based on Call of Duty and develop Minecraft into a multiverse that goes hand in hand with DC or Marvel.

The next logical step would be for Microsoft to add exclusive AV content as an extension of its Game Pass and add Xbox video streaming on top of Spotify’s audio integration – a preemptive move against Netflix, which just added the game at AV sub-costs. and a better value proposition than its rival, Sony’s PlayStation.

The chatter around Sony’s response to the acquisition suggests it will buy EA Games (part of Microsoft’s Game Pass) to maintain its dominance in the games market and diminish Microsoft’s game offering.

One possibility that was not considered was Amazon buying Sony. PlayStation’s games are hosted on AWS (Amazon’s cloud services), Microsoft Azure’s rival. Sony’s portfolio includes music, film and TV content, gaming and VR gear, as well as shares in a range of Web3 companies – a perfect fit for Amazon, which has more than enough cash to buy Sony and steam wars to win.

The other players in the streaming war must also act. It would also make sense for Disney to buy out EA, which signed an exclusive 10-year development deal around StarWars. EA Sports would be a great acquisition that would increase market share and add games to Disney+.

“Make no mistake, the worlds of music, video games, broadcasting and blockchain are becoming irreversibly intertwined with separate threads that are increasingly difficult to define.”

House of Mouse rival Netflix – which has just acquired a video game studio – has already tapped into EA’s knowledge base by recruiting Mike Verdu. The real deal with Verdu is that, aside from his EA background, he brings to the table invaluable insight into Meta’s metaverse plan.

Meta is also on board: it has just unveiled “a giant new AI supercomputer to shape the metaverse” and, according to the WSJ, hired more than a hundred employees from MS HoloLens development teams and Apple. The latter has poached Xbox engineers and is in the development phase of a game console. In the words of William Shakespeare: the plot thickened.

It seems that the entire music and entertainment industry is trying to define its phygital (physical and digital) identity with the big tech companies.

Maybe it was Tencent who set the marker. The Chinese giant has a stake in music ownership (including Universal Music Group and Warner Music Group), streaming platforms (including Spotify), several video game studios (including the creator of Fortnite Epic) to name a few. of more than 600 investments worldwide.

Make no mistake, the worlds of music, video games, broadcasting and blockchain are becoming irreversibly intertwined with separate threads that are increasingly difficult to define.The music industry around the world