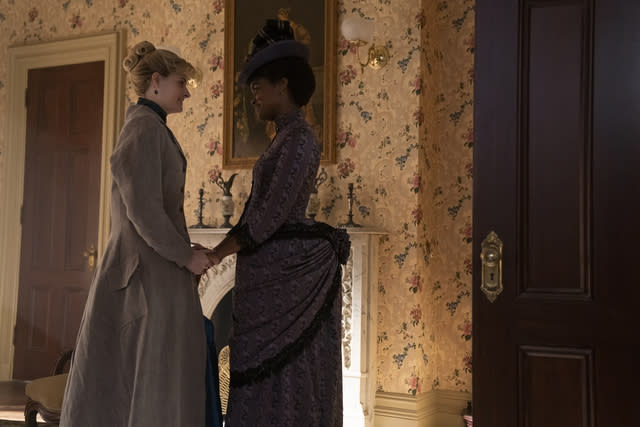 “The Gilded Age” Reaches Series Peak With Season 1 Finale; The audience has increased by 54% since the first

Golden age ended its first year on a high note, with its finale earning 1.6 million viewers across HBO platforms.

The HBO freshman wrapped up her first season on Monday with Bertha Russell (Carrie Coon) at the top of her game with all the high society women attending her grand ball, though most would have preferred to be somewhere else. Marian (Louisa Jacobson) and Peggy (Denée Benton) have faced many challenges over the course of nine episodes, and while there’s still a lot to unravel, things finally look hopeful. (Read the full recap from Deadline and Q&A with bosses Julian Fellowes and Sonja Warfield here.)

The end of the season marked a series high for Golden age and generated a 54% increase in the viewership of the first in January. At the time of the final, Golden age went from its first million viewers to 8.5 million on HBO and HBO Max.

HBO The Official Golden Age Podcasthosted by Alicia Malone of TCM and Tom Meyers of The Bowery Boys, reached No. 1 on the Apple After Show Podcast chart and No. 2 in TV and Film.

Golden age has been renewed for season 2. The series was created and written by Julian Fellowes, who produces with Gareth Neame, David Crockett and Bob Greenblatt. Other executive producers are directors Michael Engler, Salli Richardson-Whitfield. Writer Sonja Warfield serves as co-executive producer with Erica Dunbar. Golden age is a co-production between HBO and Universal Television, a division of Universal Studio Group.

Rosy Cordero contributed to this report.