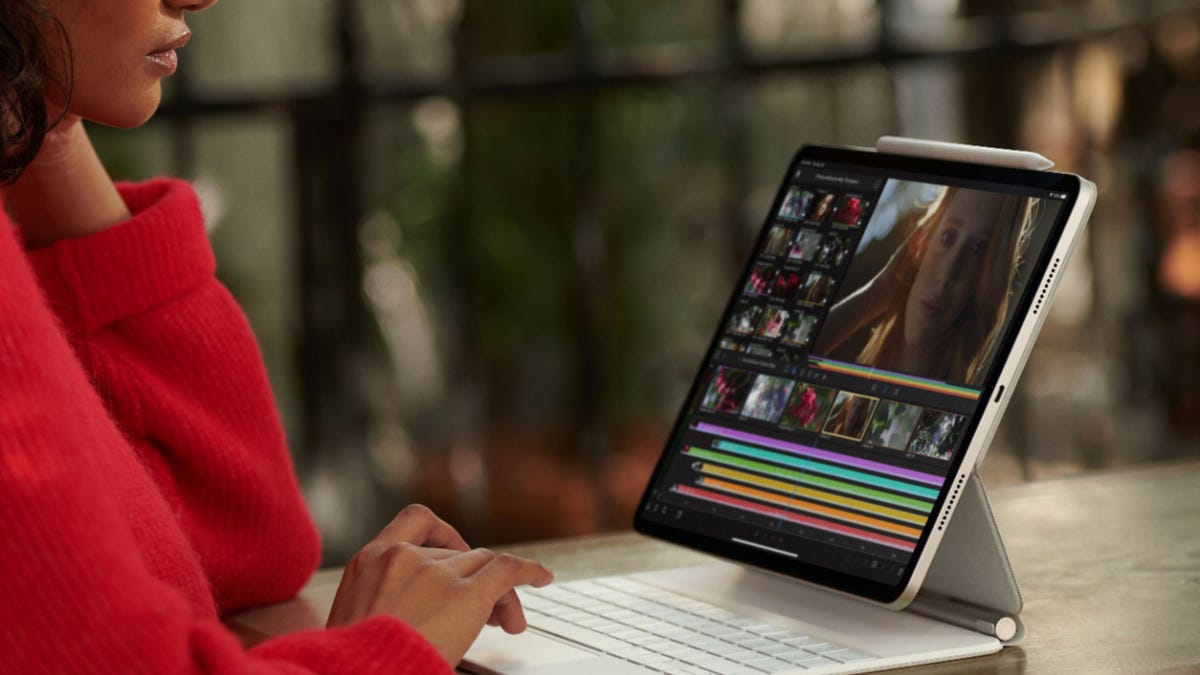 In my last column, I wrote about how the iPhone and iPod touch, two products that started out as near-twins, went their separate ways as the former’s pace of improvement drifted away from that of the second. But the evolution of the iPhone has also contrasted dramatically with that of another relative: the iPad. When introducing this device, Steve Jobs described it as serving a purpose between the phone and the laptop, a reference to which Apple returned after a long absence in its WWDC 22 Keynote Speech.

However, during the early years of Apple’s tablet, the iPad was much closer to a phone than a laptop. It ran the same operating system and used the same touch gestures. Apple has implored developers to create iPad versions of their iPhone apps to take advantage of the iPad’s larger screen. But while that helped the iPad maintain a strong lead over Android tablets, it didn’t do much to change the core set of tasks that defined its use. Apple has called the iPad the future of personal computing. But despite an oxymoron ad campaign, the future seemed distant in terms of managing everything you can throw on Macs and Windows PCs.

Nonetheless, Apple has tenaciously pursued its vision for the iPad, making it one of the fastest growing platforms since its release. In 2017, I wrote that iOS 11 made the iPad grow. The following year, I noticed how the growing popularity of keyboards and styluses had taken the iPad away from its minimalist beginnings. And when Apple announced iPadOS in 2019, I noted how the new operating system brought the iPad closer to the Mac’s feature set. But when Apple revealed the first MacBooks built on Apple silicon, I understood how the new Macs achieved what the iPads didn’t – even if the new Macs’ ability to run iPad apps was the example the most powerful crossover in the history of the devices.

At this year’s WWDC, Apple stepped up its attack on addressing elements preventing iPad software from taking its apps to the next level through features like customizable toolbars and a more capable Files app. After noting that many iPad apps had their origins in iOS apps, Craig Fedheriighi said that Apple had “explored the entire system, from system elements and interactions to new features you use on Mac and want on iPad”. As became the custom long ago in Apple operating system announcements, this included updates to Apple apps such as Calendar and Contacts. But there was also a lot of a narrower, more traditional operating system scope, including features in files that Mac and Windows users take for granted, for example, sortable columns and size calculations. folders, menus for manipulating files within applications, universal undo and redo, customizable toolbars. , and extending (as opposed to simply mirroring) displays onto second monitors; these are all welcome additions.

But at the risk of mixing up theatrical metaphors, the show thief was a manager. This new interface not only brings resizable, layered desktop-like windows to the iPad (previously a key line in the sand between the Mac and iPad), but does so in a new parallel app/window navigation interface. to that of the Mac. Stage Manager isn’t the first UI pillar to migrate between Apple’s major productivity platforms. The company’s migration of the iOS launcher to the Mac – dubbed LaunchPad on its new platform – landed with a thud as it replicated already familiar and working features. And while the redundancy holds true for Stage Manager as well, the new interface more fundamentally changes how Mac and iPad users navigate chaotic piles of apps and windows.

Stage Manager goes to the heart of the app switching experience on Mac and iPad. While this is a drastic change for the iPad (at least those using Apple’s M1 chips), it’s also a big change for Mac users. In a careful break from its tradition and a sign of how large its customer installed bases have become, the feature must be manually activated from commands on both devices. Failure to do so keeps you within the familiar confines of the Mac’s dock and Mission Control as key methods of app switching and the iPad’s tiled app switcher.

Stage Manager, which optionally organizes window stacks into four app-based stacks on the left side of the screen, has a few changes and similar platform-specific accommodations in mind that Apple brought control into. from mouse to iPad. Touch resizing is, of course, supported on the iPad, where Stage Manager will move dynamically (and sometimes unfavorably) on the Mac; for example, it supports multiple desktops. On the iPad, however, it moves and resizes windows.

Some quirks and limitations may be related to the feature’s beta status or compromises trying to straddle the Mac and iPad worlds. For example, since Stage Manager hides the desktop, you can’t directly drag files into apps without additional steps. There is also no right-click support for off-stage window sets, which would be useful for selecting windows more directly (instead of cycling through them) or quitting an application as one can from from its dock icon. These are largely not issues on the iPad.

Ultimately, however, Stage Manager gives the iPad a more familiar feel for Mac users. Application capability is the real difference between the Mac and the iPad. The promise of “desktop apps” in Apple’s touch-based operating systems dates back to the launch of the iPhone, where Steve Jobs touted the OS X variant that would become iOS, supporting “desktop apps and networks “.

Of course, no one expected to run AutoCAD on the iPhone, and what the iPad lacks in application depth it makes up for in operations and mobility. But that said, while there are plenty of awesome professional apps for the iPad, there are still big feature gulfs between the desktop and iPad versions of many apps, such as the “desktop” version of Photoshop on the iPad. ‘iPad. And while it’s unreasonable to expect a relatively new app to have the same depth as an app that’s over 30 years old, the list of missing features is long.

Apple’s intention is clear and Stage Manager sends a powerful signal. But there are significant gaps to fill even in day-to-day apps that leave out important functionality as developers view the iPad as a second device. Even Apple’s own creative iPad apps are a mixed bag. GarageBand is pretty awesome, while iMovie is a shell of its Mac counterpart. The most powerful move Apple could make would be to build believable versions of its business apps, such as Final Cut Pro for the iPad. Indeed, Apple’s addition of the reference color to the iPad Pro may be another fundamental layer presaging its arrival. Even if the iPad version had feature parity with its Mac counterparts, the established business workflows would be a cautious adoption. But while these apps may not immediately win over desktop video editing professionals, they would expand the options for those already editing video on a device that Apple touts for professional video capture and, more importantly, leave no doubt to the developers that the iPad had overcome its “toy app legacy”. Apple’s computing future would be fully cleared for the arrival.