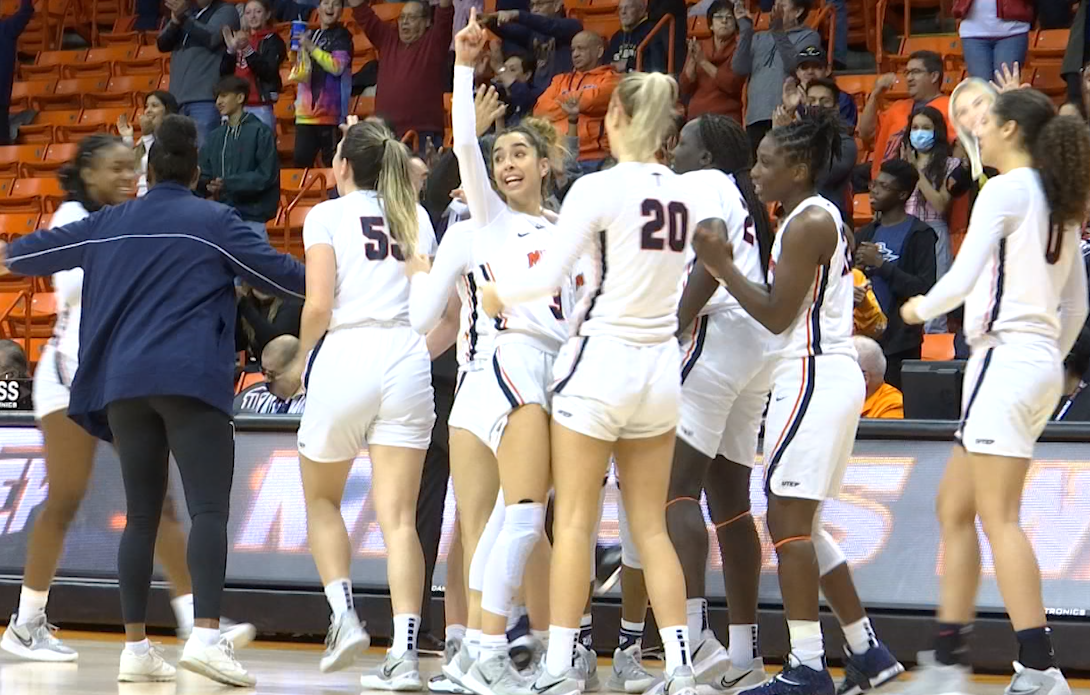 UTEP claim their first C-USA victory of the season, 56-55, against Middle Tennessee

EL PASO, Texas – Elina Arike flirted with a double-double (13 points, eight rebounds) while Teal Battle added 13 points – including late clutch free throws – and seven boards to help the Women’s basketball team of the ‘UTEP to claim a thrilling 56-55 victory over the Eternal Power of the Conference of the United States. Middle Tennessee will celebrate the New Years in style at the Don Haskins Center on Saturday afternoon.

It was a crazy competition with seven ties and 15 header changes, not to mention some big downhills on both sides. The Miners led nine (51-42) with 6:18 left in regulation before a 10-0 run for the Blue Raiders gave them a lead (52-51) with 3:20 to go. The two teams traded scores mostly on the charity strip over the next two minutes, and UTEP was up one (56-55) with 1:02 left after two clutch free throws from Battle. .

UTEP got a save and the rebound, but MT had a steal and called time-out to set up a game with 33.2 seconds left on rule. The Blue Raiders had two shots after an offensive board, but both were off target, including one on the buzzer, as the Miners hung on for the one-point triumph.

It was the Miners’ first win in the series since their run for the 2016 C-USA Championship and the second all-time against MT.

“[Great win] especially after a loss, a game we probably should have won. You never know how your young team will bounce back, â€said UTEP head coach Kevin Baker. â€œBut when you beat a lasting power like Middle Tennessee, it says a lot about your team and the character of your team. It says a lot about what we were able to do today. [UTEP] fought and fought.

After nearly three minutes of scoreless basketball, the Blue Raiders topped the standings with a triple. The miners scored the next four points in the competition to lead, 4-3, after a layup from Gallegos. MT responded with an 8-2 run to take a five (11-6) lead before the Orange and Blues put an end to things with a rotating layup in traffic from Brenda Fontana. The Bucket was the start of seven straight games for UTEP, including an old-fashioned 3-point game from Arike, to get him back in the lead (13-11) in 10 minutes of action.

The two teams traded points early in the second stanza, with five changes in the lead in the first three minutes of the period, with MT up two (22-20) with 7:16 remaining in the mid -time. Defense then took over on both sides of the field, with just 10 total points combined with the rest of the frame. Six of them were courtesy of UTEP, allowing them to lead by two (26-24) towards the locker room.

It was more back-and-forth action to start the third quarter with a few lead changes in the first 55 seconds. He was tied at 29 before UTEP scored six consecutive points to secure their biggest advantage (35-29) of the competition at that point. MT hit a triple to get it down to three, but it was answered immediately with seven straight points in the blink of an eye to suddenly propel the Oranges and Blues by 10 (42-32).

Thurman initiated him with a trey just outside the bench. UTEP then forced back-to-back turnovers on a press, resulting in lay-ups from Crouse and Thurman, respectively, causing an MT timeout. He was 11 (43-32) after a free throw from Battle, but MT scored the last five points of the period to make it a six-point differential (43-37) heading into the fourth quarter.

Arike stopped the surge with a pair of free throws to start the final quarter, and UTEP closed the gap to nine, led by nine (51-42) with six and a half minutes to go. regulatory. MT retaliated with a vengeance with the aforementioned 10-0 run to retreat, but UTEP did enough on the charity strip and on the defensive end to win the game.

“When you are standing 11 [point], you know [Middle Tennessee] is coming back, â€said Baker. â€œThat’s why I saved all my downtime because I knew it would be played out on the wire. Their program is too good and resilient. We were saving our timeouts and fueling up on what we knew, which was going to be a close final. But it’s one of the best defenses we’ve played all year. The kids worked really hard in training yesterday.

UTEP will play at LA Tech on Thursday, January 6 (5:30 p.m. MT). The Miners and Lady Techsters will stream on CUSA.tv, while fans can tune into the UTEP Miners app and listen to Mando Medina call the action.

UTEP will next play Southern Miss on January 8 (1 p.m. MT). Minors and Golden Eagles will air on ESPN +. The contest can be heard on â€œThe Home of UTEP Basketball 600 ESPN El Pasoâ€ and on the UTEP Miners app with Medina on the microphone.

The minors will return to the Haskins Center for games against Charlotte on Thursday, January 13 (7 p.m.) and ODU on January 15 (1 p.m.).

Required apps are not installed correctly