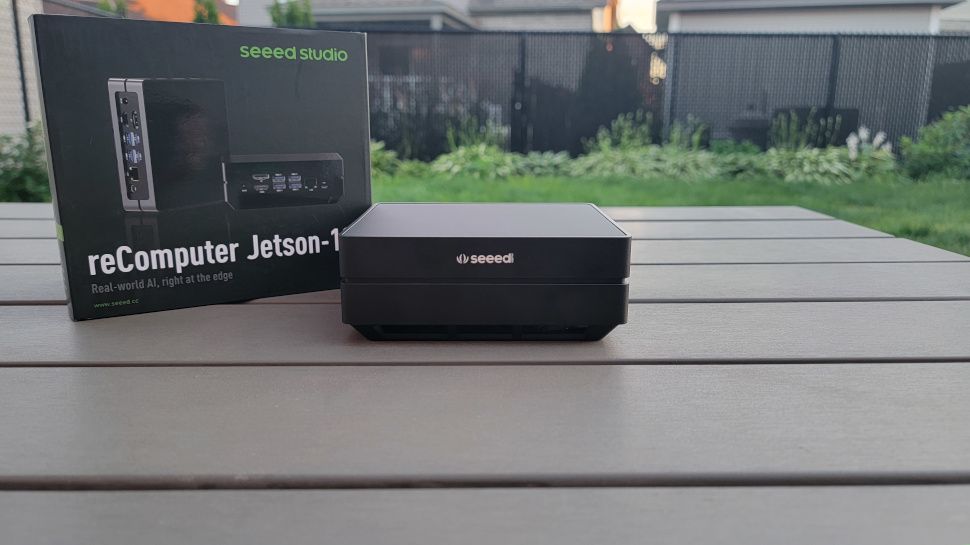 Kick-start your machine learning development with Seeed Studio’s new AI platform. The J1020 is a standalone Linux box that integrates a 128-core GPU with extremely low power consumption. It outperforms a general-purpose processor for tasks that require learning new data sets and detecting or reporting features or outliers from a data stream.

What’s even more impressive is that the platform supports a plethora of communication interfaces which are bread and butter in the embedded world. You’ll get a few SPI, I2C, UART, and I2S buses as well as high-speed camera interfaces that support 4K. With a powerful Quad-core ARM A57 processor, 4GB of RAM and 16GB of eMMC, it’s a great proposition for embedded projects that require a touch of AI or ML.

The Seeed Studio reComputer J1020 comes in different flavors ranging from entry-level with 4GB and SD card to high-end with 16GB of RAM and non-volatile eMMC memory. The processor is an ARM Quad-core with an NVIDIA Maxwell GPU for low-end systems and an ARM Hexa-core with an NVIDIA Xavier GPU for the more expensive models. The price varies from $199 (opens in a new tab) at $699 (opens in a new tab).

The Seeed Studio J1020 computer comes in a small box containing a universal 12V 24W power adapter. The heatsink, Jetson Nano module, and carrier board are all mounted in a black aluminum case. The unit measures 13cm x 12cm x 5cm and weighs 405g. The acrylic top cover is attached by four magnets and can easily be removed by pressing a release pin at the bottom.

Rubber pads on the bottom and left side allow the case to be placed horizontally or vertically. There are two display outputs, one HDMI 2.0 and one DisplayPort 1.4, and four USB 3.0 host ports. A USB 2.0 Micro-B connector and an Ethernet LAN connector complete the list of user-accessible interfaces.

Internally, the Jetson Nano module is attached by two screws to a support board and has a heatsink covering the main chip. The carrier board maps all interfaces of the Nano to external connectors, but also adds two CSI camera interfaces, a 40-pin header supporting up to 26 GPIOs, and a fan connector.

The Jetson Nano is an entry-level system-on-module (SOM) with an integrated GPU supporting 128 Maxell CUDA cores. A versatile 1.5GHz Quad-core ARM processor is paired with 4GB of LPDDR4 and 16GB of eMMC 5.1 flash memory. Display output supports up to two 4K displays.

The system is compatible with other development boards via 3.3V GPIO headers while supporting electrical interfaces such as SPI, I2C, I2S, PWM and UART. This makes the J1020 an extremely versatile platform to launch any AI experience with interfaces to the outside world.

The power app immediately boots an Ubuntu image from the eMMC storage. Since the J1020 comes without WiFi, the only way to update the operating system or have remote access is through the Ethernet port. There are no LEDs to indicate that the system is on and no push button to start or turn off the device.

A USB hub is used to add more ports to the design. This reduces USB throughput when multiple devices are transferring data simultaneously. In addition, the four USB ports also share a single current protection. This will shut off power to all four ports in the event of a failure. With the GPIOs header directly connected to the CPU, the accidental application of a voltage that exceeds the CPU’s specifications can cause it to be destroyed.

The primary target audience for the J1020 platform is AI and Machine Learning (ML) enthusiasts. Software development begins with registering and downloading the x86 SDK only from the NVIDIA website. Applications written in C++ or Python are then compiled and deployed to the board via the USB cable.

Geekbench 5 for ARM was used to benchmark the J1020 and resulted in a respectable score of 237 and 868 for multi-core. The Machine Learning benchmark used in the synthetic test was only run on the ARM CPU and not the Maxwell GPU. During the benchmark, the J1020 used around 1W at idle and 15W during multi-core tests.

The abundance of AI and ML development kits means it’s very easy to start experimenting on a budget. Big names like Google and Microsoft have invested heavily in cloud solutions like Microsoft’s Azure AI or hardware platforms like Google’s Coral.

Google’s Coral development board is very similar to the J1020. For just under $150, we get a card that, while cheaper, only has 1GB of RAM, 8GB of eMMC, and no enclosure. The Coral has built-in WiFi and Bluetooth but has fewer USB and display outputs. The technology behind the TPU is different than the GPU and although the Coral is extremely fast at inference, it cannot build a model from scratch. It is therefore less autonomous and will need an uplink if it is deployed in the field.

The J1020 is a great board for deepening machine learning and AI experiments. It has a capable GPU with 128 CUDA cores although these are based on the dated Maxwell architecture. The price is still higher than the competition given that it’s an entry-level platform, but you get a system that can function as a standalone PC. We were impressed with the 1W idle power dissipation. The unit also boots up quickly thanks to the use of eMMC, while the number of camera inputs is also well above what the competition offers.

Passive cooling is a double-edged sword since it makes the system quiet while limiting performance with thermal throttling. In an embedded world, a passive solution is a plus since there is no mechanical point of failure.