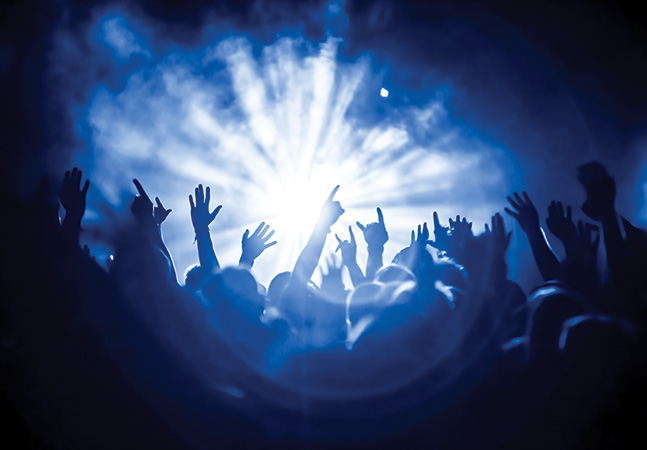 There’s no doubt about it: the primary demand from Visual Studio users is to run the IDE on the Linux operating system.

The latest evidence for this claim is that “Visual Studio for Linux?” received the most votes from some 1,790 posts in the Visual Studio section of Microsoft’s Q&A site.

Posted in late 2020 – with comments continuing through this month – the question reads:

Since the Microsoft and .NET team pushes so hard in cross-platform solutions, will the Linux community see Visual Studio working on Linux? Since it’s a great IDE with amazing tools, some of us are wondering if we’ll see it on our favorite operating system? I’m in love with .NET, the improvements and opportunities it offers. C# is my first and favorite language and I never get tired of it. Love everything. But I’m on Linux, as my platform of choice (Arch Linux, to be precise), and sometimes I miss the right VS tool. Yes, we have VSCode, but the performance is not always there. And sometimes it just doesn’t work well enough or doesn’t have enough features. There is already “Visual Studio for macOS”, ported from MonoDevelop. And since they just can’t keep up with the real VS IDE, they let it develop. Thus, the decade-old question remains. And since .NET 6 unifies all platforms, is there any chance we might see it ported? I’m sure there are a lot of people who want it too.

This “decade-old question” continues to be basically ignored by Microsoft, with one employee’s response:

According to your description, you want to use Visual Studio for Linux. But the Visual Studio IDE is only available for Windows. You can try running a virtual machine with Windows.

Also, for your need, it was reported here: Visual Studio for Linux.

You can also add your comments there to follow the process, then we have to wait for the reply from the product team engineers. If there is an update, I will also add it here.

The link in Microsoft’s response points to the company’s developer community site for reporting issues and requesting new features. This provides further evidence that VS on Linux is the top developer request, as “Visual Studio for Linux” is also the most important item among 178,774 Visual Studio feedback items. It’s garnered 1,873 votes so far, well above the second item, “Color-Coded Tabs in Visual Studio,” with 1,118 votes at the time of writing.

Posted even longer ago (October 2018), this request reads:

We need a lot of MS IDEs for Linux, VSCode is very good for the front-end, but we have specific needs in the backend that only an IDE can provide. I don’t understand why VS for mac already exists and for Linux nothing!!

In addition to the 1,873 votes (they were a total of 481 in December 2020), the request generated 303 comments, which are also still ongoing this month, almost four years later.

I see this thread is 4 years old and there has been no effort from Microsoft to support Linux developers. I’ve been using the Visual Studio community every day and have been for over 5 years, but I don’t think MS has any intention of porting vs Linux.

It’s a shame though, because it’s a great product, and it’s a shame that monodevelop is no longer maintained.

But on a different note, since there are so many developers working on Linux, wouldn’t it be better to join forces and create a community project ourselves?

I’m already working with a few others to bring monodevelop back under a new name: DotDevelop. But it needs more developers to make it compatible with latest Linux releases and major .net releases.

This may be because running Visual Studio on Linux is basically impossible, at least according to several users in the developer community who posted comments such as:

As I see it, bringing the old Visual Studio to Linux is nearly impossible. It’s – like windows – probably a huge pile of garbage code. They’re not only unable to port it to other systems – the VS for Mac is just an extended Monodevelop – they can’t even make a 64-bit version of it. It’s, like the further development of Windows is a dead end, but probably nobody is strong enough at Microsoft to say: Ok, we need to stop wasting resources to improve this steam technology and start developing a new IDE, based on VS Code or from scratch.

In fact, I think porting VS for Windows to Linux is just impossible. The best they can do is create a new IDE from scratch and call it Visual Studio. In fact, they did – except for a minor change in the last step, as they called it Visual Studio Code.

An old Quora The answer allegedly from a Xamarin employee also casts doubt on the viability of VS on Linux:

Visual Studio is a Windows IDE and because it uses a lot of win32 and COM and it’s also written in c/c++ (pretty huge chunks) and relies on WPF which relies on DirectX won’t work (very probably) never on anything other than Windows.

For its part, the Microsoft documentation states: “Visual Studio 2022 allows you to create and debug applications for Linux using C++, Python and Node.js”. Of course, that’s a far cry from running the IDE natively on the Linux operating system, like Microsoft did for macOS with its Visual Studio for Mac offering.

Other proposed solutions suggest emulation, virtual machines, and other workarounds for VS on Linux, but nothing emerged as a go-to solution. Maybe nothing ever will.

The 2018 item on the Developer Community site is still marked “New”, which means “The suggestion was recently reported by you or someone else. No action has been taken yet. The frontline will carry out preliminary checks to make sure we can move forward. Expect to hear from us in about five business days with our next steps.