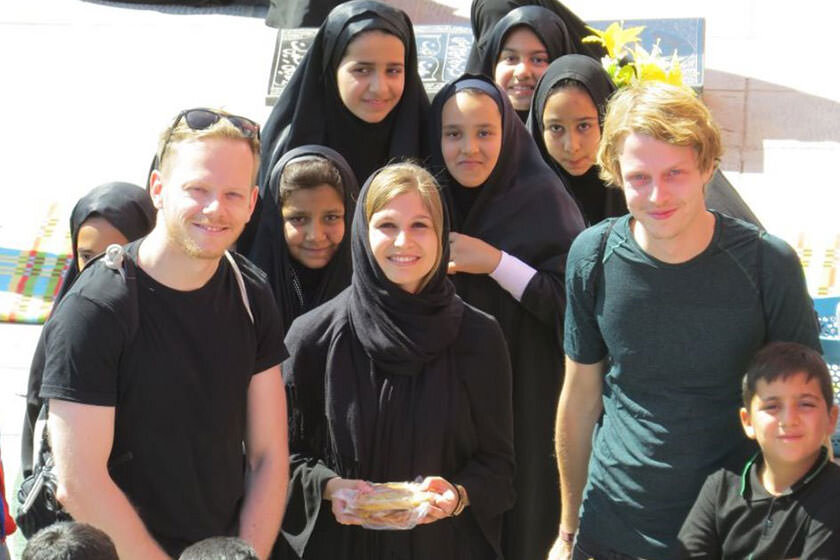 Want a once-in-a-lifetime experience? Head to Iran during Muharram

TEHRAN – For avid travelers, tourists and even seekers, who crave to feel extraordinary scenes or first-hand cultural experience, now is the time.

Some think that a visit to Iran during Muharram, and especially during the first ten days of the lunar month, could be comparable to a visit to China during the Lunar New Year or to Europe during the Christmas season.

For Iranians, Ashura is a day of solemn mourning, marked by various mourning rituals and passion plays re-enacting martyrdom. Men and women, dressed in black, march through the streets beating their chests and singing. Some people seek to emulate the suffering of their third Shia Imam by flagellating themselves with chains in a symbolic act.

As a foreign traveler, you are very well received by the mourners. However, you are expected to respect the grief of the locals these days. You are not expected to wear black as a tourist, just acceptable coverage of your body and hair for women is appreciated. Laughing loudly in public can also be frowned upon.

During Tasu’a and Ashura, when public mourning reaches its peak, a lively atmosphere prevails in all corners of the country to commemorate the martyrdom of Imam Hussein (AS), a grandson of the Prophet Muhammad (PBUH), killed in 680 CE at Karbala in modern Iraq. 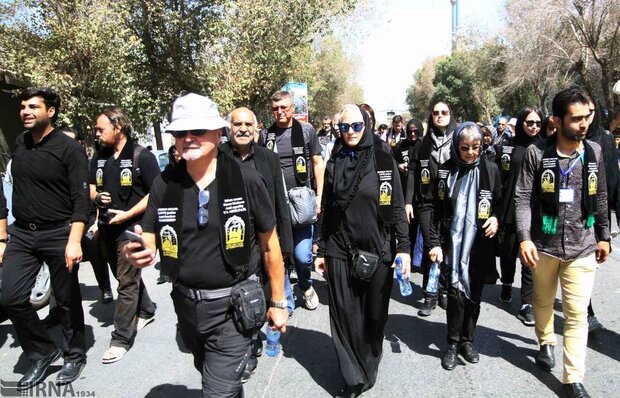 You may be interested to know that the basic meaning of Muharram goes beyond such mourning and commemoration of the past. You can even conclude that Karbala was a real and metaphorical place where Truth faced Falsehood, where justice spoke vibrantly and audibly in the face of prejudice, and where courage, passion and devotion preceded attachment, worldliness and obstinacy.

From a theological point of view, religious rituals are perhaps a renewal of collective memories that contribute to shaping what is called collective identity, the essential foundation of the feeling of belonging. One of these rituals is the mourning ceremonies which are rich in symbols and historical values. 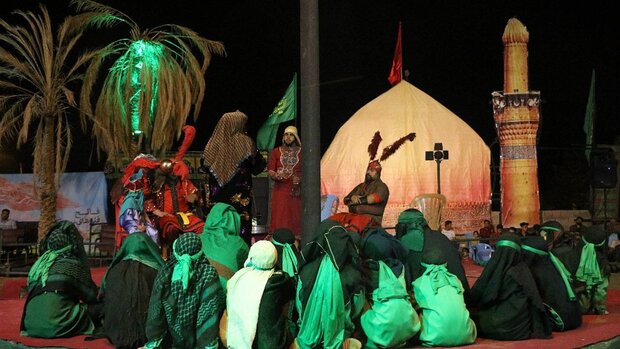 They say the commemoration of Ashura is a tribute to truth and justice and the condemnation of tyranny at all times and in all places. This is perhaps one of the many reasons why a day like Ashura can never be overlooked, as these rituals encompass universal values ​​that will never run out.

The saga, however, is told to tell us that over the Pyrrhic and momentary victory over injustice, integrity and honesty will always stand the test of time for today the life of the Imam Hussein (as) is honored by millions around the world while the account of his enemies is almost lost in oblivion. History also lives to tell us that the majority is not always right. Though the Army of Truth is small, it is still magnanimous in what it stands for. 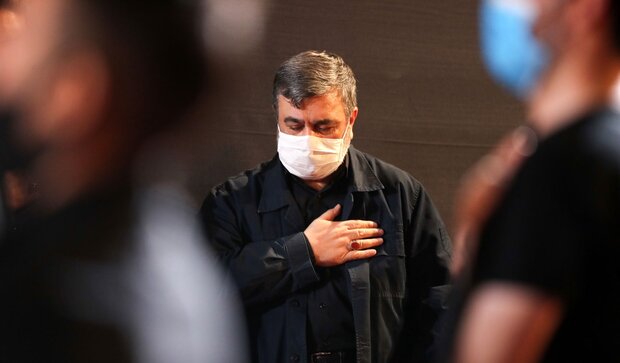 Religious ceremonies in Iran more than often include offerings of food, whether they take place in public places like mosques or private residences. These community gatherings are also a kind of forum where friends, acquaintances and neighbors gather around a meal served after the ceremonies.

During Muharram, every village, township, city or metropolis is bustling with the preparation of food offerings known as Nazri, the processions of which are usually sponsored by wealthy benefactors. 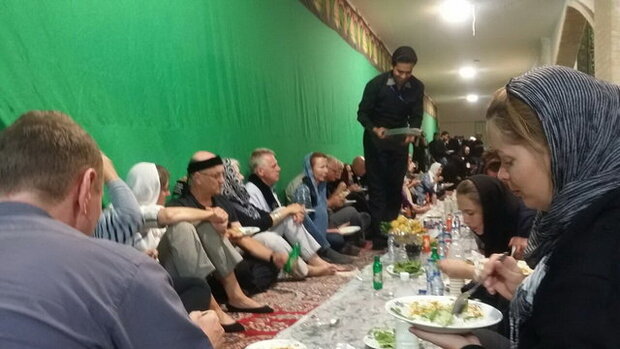 In Tasu’a and Achoura, each neighborhood sets up stalls to offer food to mourners and passers-by. Additionally, households provide food to their neighbors by delivering parcels to homes or holding mourning ceremonies inside their homes and asking people to join by invitation.

Overall, many tour operators and travelers believe that visiting the Islamic Republic during Muharram can be an unforgettable experience.

Historically speaking, Caliph Yazid’s army besieged Imam Hussein (as) and his followers in the desert near Karbala on the first day of Muharram. The imam and his loyal followers were slaughtered in battle 10 days later after refusing to pledge allegiance to Yazid.

For Shia Muslims around the world, it is a special but extremely sad day. Muharram and the following month, Safar (which includes the commemoration of the aftermath of Karbala) is a time of lamentation. War and fighting are prohibited during Muharram and festivities like weddings and birthdays are usually postponed to more appropriate days. People usually wear black out of respect or at least avoid wearing very bright colors.

“Azadari” is the Persian word for mourning, derived from the word Azaa. The literal meaning of Azaa is twofold. First, it indicates “patience” and “perseverance” and second, when used as a verb, it implies the consolation and comfort that gradually result from that patience. In many cultures, the act of consolation has a ritualistic face, and so it is systematic and easy to follow as it provides its own logic, symbolism and paradigms.

Muharram’s ritual mourning is a platform where various artistic genres like literature, painting, music, fiction and theater are reconciled. During Muharram, apart from the mosques, each neighborhood sets up its establishment for the ceremonial processions of the month known as ‘Tekkiyeh’, which are gathering places for mourners called ‘heyat’ (literally meaning group or delegation) which honor the life of Imam Hussein (as).

The resilient beat of drums and a few other instruments is heard as people weep in hymns and men in black rhythmically whip their backs with two pairs of chains and beat their chests with open palms. This ritual is known as Sineh-Zani (beating the chest).

Other communal forms of mourning include Tazieh, which is a passionate piece usually performed during the first ten days of Muharram, culminating in a passionate and emotional peak on the tenth (Achoura). The stories and characters involved in the Battle of Karbala are acted out by men and young children. Needless to say, these rituals are region specific and very diverse. Major theater houses in Iran are also staging relevant plays for this month. Tazieh, which narrates religious events, historical and mythical stories and folk tales, was inscribed on UNESCO’s List of Intangible Cultural Heritage of Humanity in November 2010.

Muharram (derived from the word Haram, which means forbidden) is one of the four holy months of the year in which warfare is prohibited.

All government offices, universities, sports arenas, cinemas as well as most tourist attractions like museums are closed during Tasu’a (Sunday August 7, 2022) and Ashura (Monday August 8, 2022). Most restaurants are also closed in Achoura.

In Islamic and Persian culture, the 3rd, 7th and 40th days of birth and especially of death are important dates. Arbaeen (which literally means forty in Arabic) which marks 40 days after the death of Imam Hussein (AS) is also a typical period of mourning for Muslims.

During Muharram, especially on Tasu’a and Ashura, people refrain from doing or saying things that might violate the honorable spirit of the month. Television and radio stations are changing their schedules and programs to accommodate more religious sermons, mourning songs, live ceremonies and films about the spirit of the month.

Black as the color of mourning during this month is seen in people’s clothing, banners hung on buildings, billboards, decoration of city walls, and inscriptions on the rear windows of cars.

The night of Ashura in Iran is called Shaam-e Ghariban, which means “the night of strangers” and those who are far from home and help. People light candles at holy sites and gatherings in all corners of the country.

The tragedy is also seen in some other countries with large Shia communities, including Iraq, Afghanistan, Azerbaijan, Bahrain, Lebanon, Pakistan, Saudi Arabia and Syria.

LUMINA TYPE” New playable characters “Mash Kyrielight” and “Neco-Arc” announced All additional characters up to the fourth set will be available for free!